Data Showing the 2016 Economy is Slowing

US Economy is Slowing in the first half of 2016

The Bureau of Economic Analysis announced that the Real Gross Domestic Product (GDP) for 2nd quarter in 2016 was only 1.2% falling many estimates. The revised real GDP is only 0.8% in the first quarter of 2016.

This slowing of the US economy combined with BREXIT (Brittian Exiting the European Union), have caused interest rates to fall to near record lows.

The economic brights spot were that personal consumption was becoming robust and refinancing was brisk due to the low-interest rates. Gross domestic purchases went from 0.8% in the first quarter to a full 2.0% in the 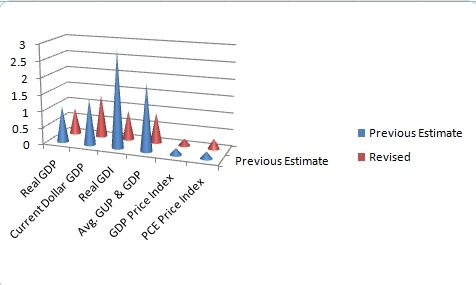 Unfortunately, the consumer spending seems to be financed by reduced personal savings. Personal Disposable income was 6.1% in the 1st quarter of 2016 and dropped to 5.5% in the 2nd quarter.

Source: US Bureau of Economic Analysis