Price of Oil: Why it’s Important to the 2016 Investor and Consumer

The Pros and Cons of Oil Price Reductions

There has been a lot of news over the past year about the price of crude oil. One report may portray the latest new price data in a positive light and the next may have a negative or worrisome tone. The maddening part is the data is from the same report. One things is for sure, Changes bring opportunity. You have reason to be confused because they are both right. Let me explain.

What is the Main Cause of Oil Price Reductions?

If you have been a longtime reader of my blogs about the Chinese economy, you would have also seen the economy in China was cooling off, but the construction did not stop. In other words, their economy  has been overbuilt. My first clue was a few years ago when a few furniture manufacturing companies began to restart their factories and the first reports of thousands of new unoccupied apartments in China began to surface. The Chinese government and people were massive users of crude oil. Recently, the demand slowed faster than anyone expected. However, OPEC and Russia continued to produce oil at the record demand level.  Hence there is a massive glut of oil in the world and the price is dropping and the aforementioned countries are wanting the other to cut production but not them. Another factor is it became vogue for Americans and Europeans to change their lifestyle habits to more of a green lifestyle. Electric cars, more efficient power plants, and recycling have become habits. Try putting a plastic water bottle in the regular trash can at a party and wait for the comments and unrequested assistance.  As more state governments implement toll booth tax strategies in their cities, the US demand for oil will continue to decrease.

See the directory the 2016 top 95 mutual fund companies by Assets Under Management (AUM) – Where does yours rank?

The Good News for the Average US Consumer

Clearly the commodity price of light sweet crude oil that is used to make gasoline is a major component in the cost and price of producing gasoline. Even more important, it affects both directly and indirectly the production and transportation cost of nearly all products and services sold in the world. Being such an integral, pervasive and prime factor in the world economy, the price of oil matriculates into spreadsheets of the cost and pricing of nearly every product sold on the plant every day. It follows lower prices means lower prices for the consumer. For the most part that is correct.  With the lower fuel costs the price of airline tickets are coming down. Um. That was a bad example.  However, the airlines are making record profits and their employees who took huge pay cuts are now doing well.  But with the lower gasoline prices the public is traveling more. And that is the case. Per the Department of Transportation on 1/20/16, they announced the “Cumulative Travel for 2015 changed (increased) by 3.4% (69.6 billion vehicle miles). (1) US DOT. US consumers driving more helps the auto industry, the oil industry (somewhat – see below), the hospitality industry.

Is bad news for our political and military enemies good for the US?

The good news for the US and Europe is that our enemies are funded in large part by oil sales. With the price of oil falling and the production cost staying about the same, profit from harvesting oil is shrinking.  Russia, Iran, and OPEC are hurting for income.  The bad news is all economies are 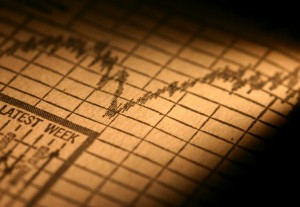 connected. The wild card or Black Swan event is that one of the countries will do something militarily provocative out of economic fears like the Tom Clancy’s, “Red Strom Rising.” (2)  I would say let’s hope not, but look what Russia is doing in Ukraine, Iran, and Iraq.

What is the downside for the US Economy in 2016?

Lower oil prices for the US is good right? Employment is the downside. One of the currently highest paying blue collar employers in the US and Canadian economy and employers is the Petro industry. According to the US Energy Information Administration, the number of active oil wells has been cut in the past year. (3)  Even worse, you live in a town with many petro jobs that go away, your town may turn into a near ghost town. Even worse than that, if you own a restaurant or store in a town with many petro employees, your business may go away.  The state of Alaska is looking to implement its first income tax in its history to make up for the lost petro income. Hence, they will be taxing people making less money. A downward spiral.  Do you see my point? Losing a million high paying petro jobs will be like running your car engine a quart low on oil. It may work but not well. However, any unexpected other complication will cause the engine and our economy to break.

Source: U.S. Energy Information Administration, January Short-Term Energy Outlook
Note: Graph does not include production from Alaska and the Federal Gulf of Mexico