Author: Mike Dunn – Senior Partner – www.MutualFundDirectory.org
Unemployment is slightly up. Many people have had their unemployment benefits expire and are not longer counted in the reported data. Only 88,000 jobs were created in March which is low. At the same time the housing resale market in heating up as prices increase while inventory decreases. Normally these two data sets track together but not the spring. Why? 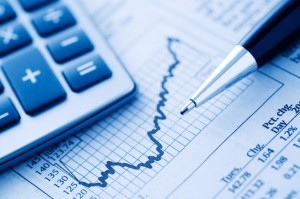 March rent rates seem to be flattening as housing prices rise. Rail traffic is mixed.  The trade deficit is trending the the direction good for the US. The Fannie Mae: Mortgage Serious Delinquency rate declined in February, Lowest since February 2009.The most perplexing statement made this year is the current administration announced that “We want to increase the home ownership rates among lower income potential buyers.”  I’ve read this book and know how it turns out. The result is an economic train wreck. Hopefully, this statement was made by a 24 year old staffer with a new MBA. If not, we’re in trouble.

What Does this mean for Investors?

My thinking is the housing market is starting to stabilize while not including the millions of people with ruined credit from the last recession and housing calamity. This is a large segment of the US population that are now a non- capital purchase only consumers. Will people in this segment be able to regain employment, restart their savings and move back into home ownership? We hope so but the question is how long and when.

As discussed in my blog from earlier this week on April Job Posting Data, it looks like managers in companies are hiring most just sales related positions. Just like during the recession, 52 of the job postings are sales related. Companies only seem to hire non-sales titles only when the micro-economic prospects are much brighter than our current situation.